What is Chamber Music anyway? 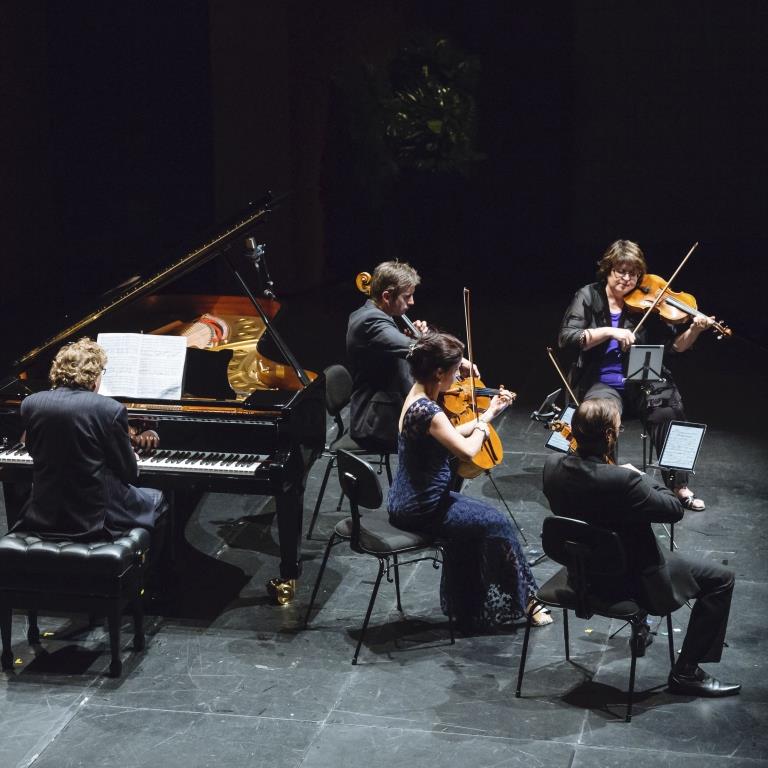 Chamber music had its origins hundreds of years ago, back in a time when music was played by families in their homes, sometimes around a piano, or by a string group made up of family members. Chamber music groups include: string quartets, piano trios (piano, violin and cello), solo instruments (such as violin, flute, cello, voice) plus piano or even chamber orchestras with 15 or so players.

So what's so special about the Australian Festival of Chamber Music?

The Festival brings together outstanding musicians from around the world and around Australia, musicians who won't necessarily be performing elsewhere in Australia. They play beautiful music in comparatively small venues, in a tropical setting of blue skies and perfect temperatures. This combination of quality musicians and music in a laid back tropical atmosphere creates an intimate experience where you don't just admire their skill from afar, but bump into them at events and around town.

How did the Australian Festival of Chamber Music get started?

Held annually in August, the Festival was designed to enhance Townsville's cultural environment by presenting internationally acclaimed classical musicians to audiences from Townsville, around Australia and overseas. Celebrating its 30th Anniversary this year, the Festival is now internationally recognised for the quality of its programming and performance as well as for its unique tropical winter setting.

What do I do at a concert? - concert etiquette

A common concern of listeners at classical concerts, and one of the chief obstacles to enjoying the music, is the dreaded Fear of Clapping in the Wrong Place! It's no wonder the audience is afraid: Classical musicians don't usually make clear what they expect of the audience.

In other kinds of music, the audience claps whenever there’s an ending - if the music stops, people applaud. But in classical music, one piece may have several parts or ‘movements’. It can be any number from 1 to 23 but a general average is 3 or 4 movements each with its own ending. It’s like a journey through a series of feelings and thoughts with each movement having its own mood and pace, you, the musicians and the audience share the experience and clapping between movements can break the spell.

This can be tough. Sometimes you can't tell if the piece is over. Sometimes you get so carried away by the music that you really want to clap. Sometimes you’re so enthusiastic after a section ends that you've just got to clap for the musicians.

So how do you tell when a piece of music is really over? There are notes in the program that will tell you how many movements there are in each piece and you'll start to learn whether they are fast or slow and how to listen for the breaks in between. When in doubt, simply wait until lots of other people are clapping!

The Internet is a great source of chamber music information and music excerpts. Download some excerpts or buy or borrow a CD from the local library, they will have CDs and DVDs of loads of music and it’s free!

Being familiar with the music is going to make a huge difference to your experience. It's just like going to see a band you've never heard before vs. the knowing all the songs as they come up, it feels totally different.

What concerts are suitable for chamber music virgins? There are no strict rules but trying the AFCM 5pm Ray Golding Sunset Series of concerts is a great starting point. They are 60 minutes long with no interval and have a range of chamber music styles and ensembles (groups of instruments playing together). Go with a friend and then have a drink at the bar and watch the who's who of the chamber music world arrive for the 7:30pm concert.

What should I wear?

Wear what you like! No rules here either. Come as you are or glam up - your choice.

What does it mean?

Here are a few definitions from the world of chamber music

Other ways to get at some chamber music