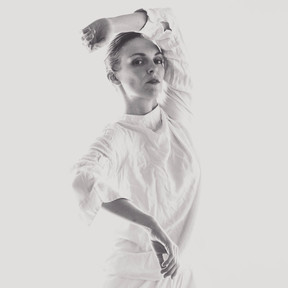 Samantha Hines was born and raised in Sydney, Australia where she studied a range of styles of dance at Ettingshausens Dynamic arts. She then went on to study full-time contemporary and classic dance at Sydney's Ev and Bow under the directorship of Sarah Boutler and Lisa Evans. In 2010 her training continued at New Zealand School of Dance and in her final year was hire by Australian Dance Theatre. While with Australian Dance Theatre, Samantha performed and toured extensively with the company throughout Australia, Europe and Asia. In 2013 she embarked on the Australian tour of G as well as Proximity at the Arts Centre Melbourne along with two European tours of Proximity in 2013 & 2014. In 2015 she performed in three European tours of Multiverse, as well as the Australian national tour of Be Your Self.

Samantha has collaborated and performed in the world premier seasons of Daniel Jaber's 'Nought' (2013), Garry Stewart's 'Multiverse' (2014), 'Habitus' (2016) and 'Beginning of Nqature' (2016). Since leaving Australian Dance Theatre Samantha has collaborated and performed in the premiere of 'Attractor' (2016) by Lucy Guerin and Gideon Obarzanek in partnership with Dancenorth; for which she was shortlisted for a Helpmann award for best female performer in a dance/physical theatre performance. She then went on to premier Stephanie Lake's work 'Pile Of Bones' (2017) and Dancenorth's 'Tectonic' (2017). She has since joined Dancenorth as a full-time member.