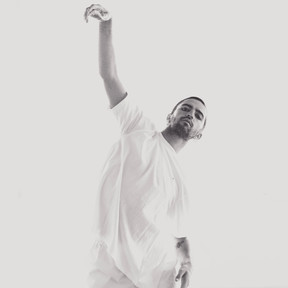 Mason Kelly, originally from Geelong, Victoria, attended The Victorian College of the Arts Secondary School in Melbourne where he trained for three years. In 2013 he commenced full-time training as a contemporary major at The New Zealand School of Dance.

During his time at NZSD Mason performed in the World of Wearable Arts, directed by Malia Johnston and NZSD’s choreographic season of ’The Residents’ directed by Victoria Colombus which toured to Tempo Dance Festival Auckland. He also worked with James O’Hara, Lina Limosani, Michael Parmenter, Nils Christe and Ursula Rob. In 2015, at the start of his third year, Mason was lucky enough to join Dancenorth under the new directorship of Kyle Page. Since then he has performed and toured works around Australia by Alisdair Macindoe (A Pre-Emptive Requiem for Mother Nature) , Ross McCormack (If Form was Shifted), Stephanie Lake (If Never was Now), Lee Serle (The Three Dancers), Kyle Page and Amber Haines (Rainbow Vomit, Spectra) and Lucy Guerin and Gideon Obarzanek (Attractor). He has also worked with the Townsville community choreographing and teaching workshops.