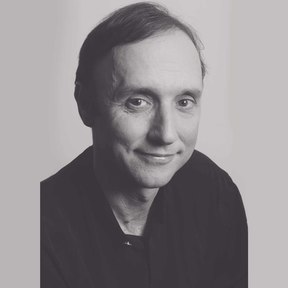 See Dene Olding AM On

Dene Olding AM is sponsored by Townsville Urology

Dene Olding is recognised as one of Australia’s most outstanding violinists. He is currently first violinist for the Goldner String Quartet and the Australia Ensemble (resident at the University of New South Wales) and Concertmaster Emeritus of the Sydney Symphony Orchestra.

As a soloist he has worked with all of the Australian Symphony and Chamber Orchestras in a range of repertoire. He has performed over forty concertos and worked with some of the world’s leading conductors including Edo de Waart, Stanislaw Skrowaczewski, Jukka-Pekka Saraste, Stuart Challender, Sir Charles Mackerras, Jorge Mester, Gunther Herbig, Werner Andreas Albert, David Porcelijn and Vladimir Ashkenazy. He gave the Australian premiere performance of Lutoslawski’s Chain 2 with the composer conducting, Elliott Carter’s Violin Concerto and the Violin Concerto of Philip Glass. In addition, he has performed world premieres of violin concertos by Carl Vine, Ross Edwards , Bozidar Kos and the Double Concerto for violin and viola by Richard Mills, written for himself and his wife, Irina Morozova.

Dene has also held the position of Leader and Director of the Australian Chamber Orchestra and is often sought after to lead/direct concerts with many other orchestras. He has also been the Artistic Director of the Mostly Mozart Festival at the Sydney Opera House and the Sydney Festival Chamber Music Concert Program. He appears regularly at the Australian Festival of Chamber Music and at many festivals in Australasia and Europe. In 2010 he appeared at the Edinburgh Festival as soloist with the Sydney Symphony Orchestra and conductor, Vladimir Ashkenazy.

Dene attended the Juilliard School In New York from the age of fourteen as a scholarship student of Ivan Galamian and Margaret Pardee. He graduated in 1978 with the Master of Music Degree and was awarded the Morris Loeb Prize. Other studies included master classes with Nathan Milstein and further lessons with Herman Krebbers and Gyorgy Pauk. In 1985, he was awarded the Winston Churchill Memorial Trust Fellowship to further his musical studies and during that year, became a Laureate of the Queen Elisabeth of Belgium International Violin Competition.

Solo recordings include a sonata disc of Brahms, Beethoven and Mozart for ABC Classics with his father, Max Olding, the CD premiere of concertos by Frank Martin and Milhaud and concertos by Samuel Barber and Ross Edwards (Maninyas) – winner of the 1994 A.R.I.A. award for “Best Classical Recording” and the prestigious Cannes award. He has also recorded the Hindemith violin concerti with the Queensland Symphony Orchestra under Werner Andreas Albert for CPO. His numerous chamber music CD’s have also received acclaim. Recently, the recording of chamber music of Edward Elgar with the Goldner Quartet and pianist Piers Lane for the Hyperion label was selected as Gramophone magazine’s “Record of the Month” and spent time on the “Classical top 10” in the UK. His recording of the complete Beethoven string quartets with the Goldner quartet for ABC Classics was chosen Classical album of the year by Limelight magazine and a recording of rare Rachmaninov violin works with pianist Vladimir Ashkenazy also received praise from The Strad magazine.

In 2011, he gave the premiere performance of the Carl Vine violin concerto with the Australian Youth Orchestra at the Sydney Opera House.

As a member of the Goldner String Quartet and the Australia Ensemble, he regularly tours to
Europe, Asia and New Zealand. He has been awarded the Centenary Medal of Australia and has received numerous awards and accolades for his performances in all spheres of music-making. Dene is passionate about the future of classical music and sees his role as Artistic Adviser and frequent jury member for the Michael Hill International Violin Competition as making an important contribution to that end. He also directs the annual Music in the Hunter Festival, a chamber music event that takes place in the Hunter Valley wine-making country near Sydney and manages to combine a passion for Aikido and sailing with his busy musical career and spending time with his wife, Irina and son, Nikolai.