To celebrate our 30th Festival we have more musicians performing than ever before – including 16 international artists and 29 Australian artists. The full line-up will be revealed at our 2020 Festival launch on 26 February, but to whet your appetite we are ecstatic to announce just a few of the stellar artists who will be performing in Townsville.

Become an AFCM Friend here and you can gain access to the full artist line-up, the whole 2020 Festival program and you can buy tickets now - that's 12 weeks ahead of everyone else! 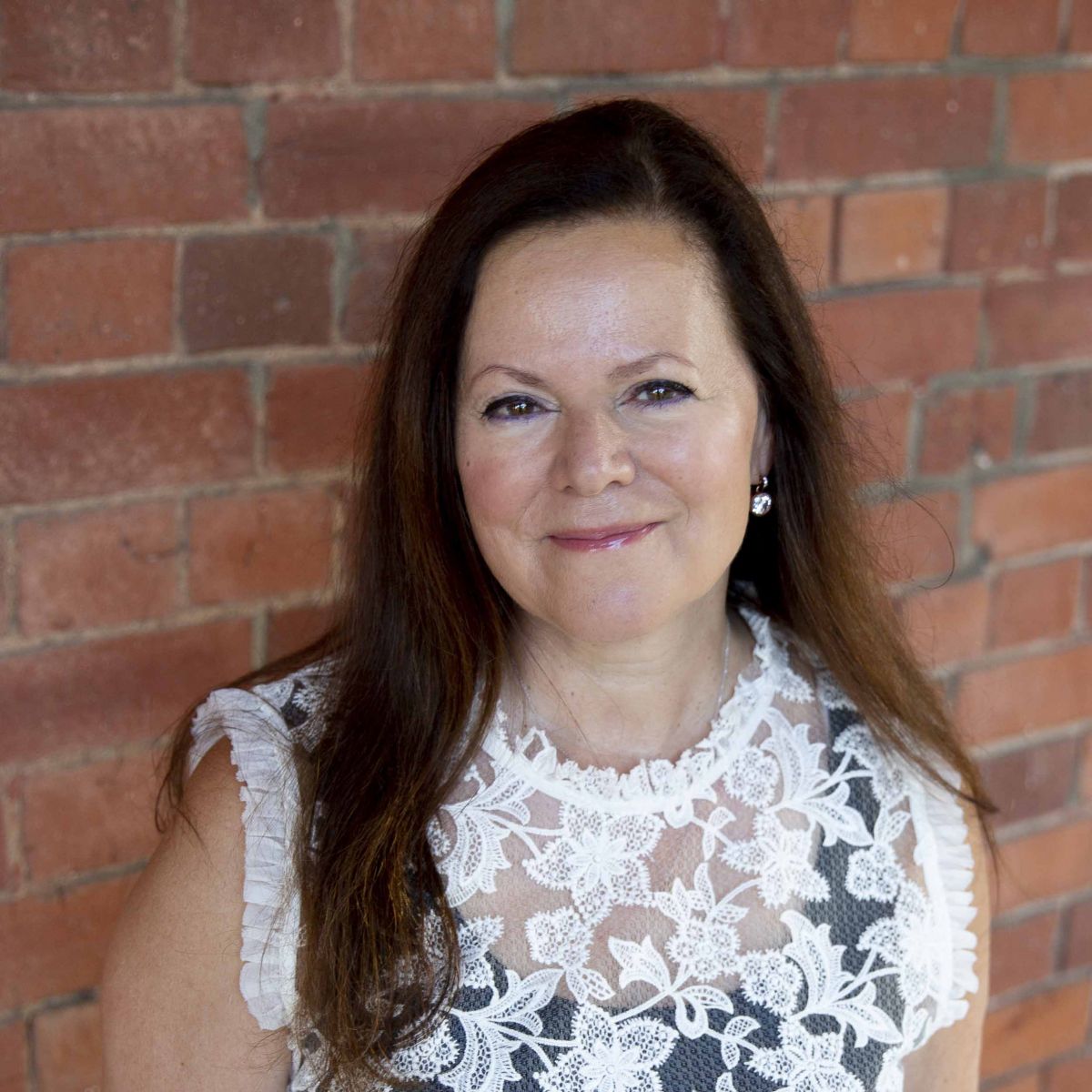 Kathryn has created another exciting and innovative program for AFCM 2020. Her own love for  music began at the age of five, making friends with the upright piano in her living room. Born in Lancashire, Kathryn studied at the Yehudi Menuhin School and the Royal College of Music. Her teachers included Nadia Boulanger, Vlado Perlemuter and Kendall Taylor. A regular visitor to international festivals both as soloist and chamber musician, Kathryn has constantly performed around the world since 1978, when she was a prize winner in the Leeds International Piano Competition. Performances continue to be varied with appearances at the BBC Proms, extensive tours of Australasia, and collaborations with artists as diverse as cellist Giovanni Sollima, JP Jofre and his Hard Tango Chamber Band and Janine Jansen. To celebrate their 30th anniversary of performing together, Kathryn recorded ‘The Arc of Life’ with Yo-Yo Ma and her recent solo release ‘Solitaires’ for BIS, continues her exploration of French works for piano. 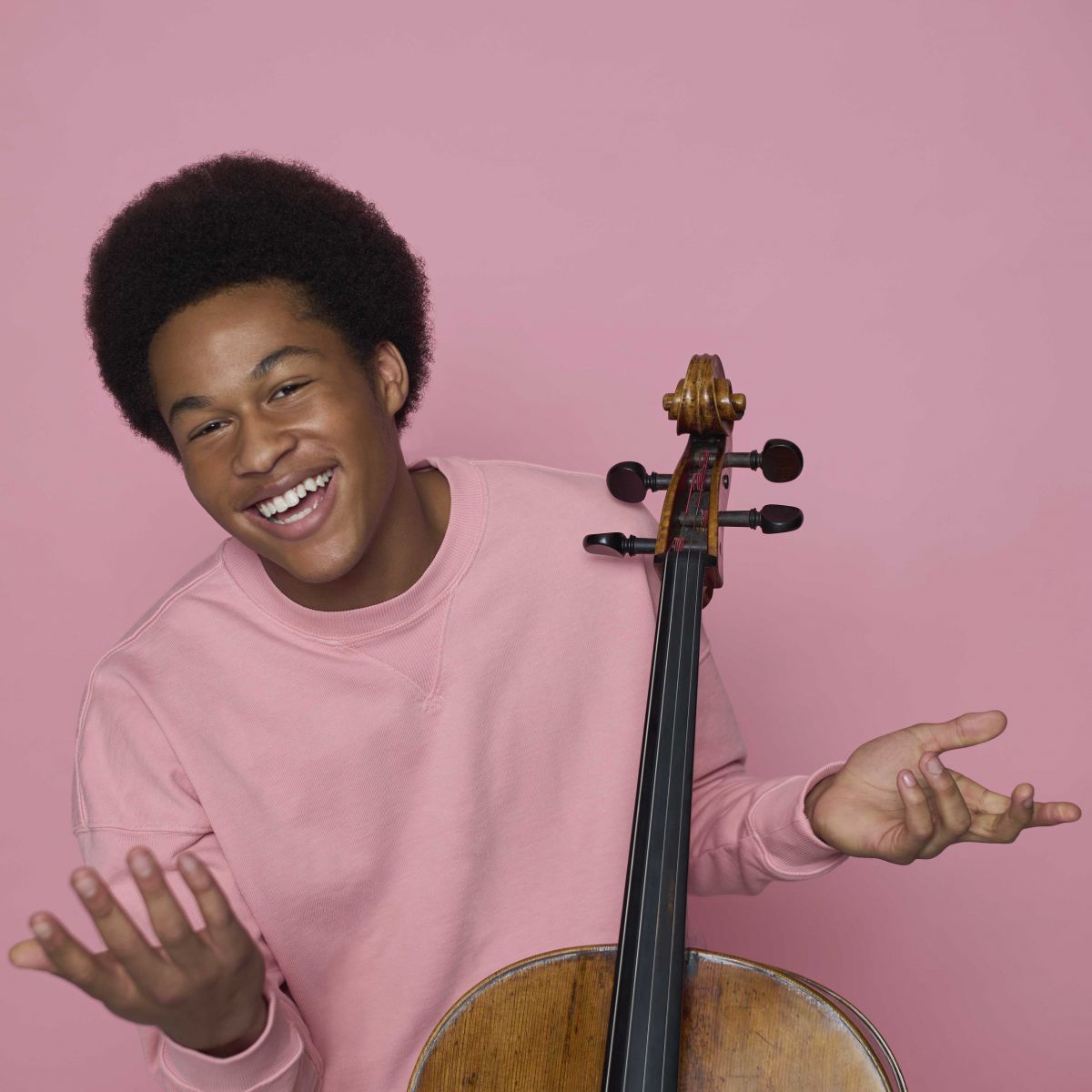 One of the brightest young stars on the classical music scene and winner of the 2016 BBC Young Musician of the Year Competition, Sheku will make his Australian debut at AFCM 2020. Sheku became a household name worldwide after playing at the Royal Wedding of Prince Harry and Meghan Markle at Windsor Castle in May 2018. See his performance here. Sheku is in great demand from major orchestras and concert halls worldwide. In January 2018, his debut recording for Decca Classics, Inspiration, was released featuring the Shostakovich Cello Concerto No.1 with the City of Birmingham Symphony Orchestra and Mirga Gražinytė-Tyla. It reached Number 1 in the Classical Chart. In 2017, Sheku made his BBC Proms debut at The Royal Albert Hall as soloist with The Chineke! Orchestra, an ensemble with which he enjoys a special relationship, having taken part in their debut concert at the Royal Festival Hall in 2015. He is passionate about the importance of making classical music accessible to all and is currently the first London Music Masters Junior Ambassador. From 2018/19 he will become ‘Young Artist in Residence’ at The Royal Liverpool Philharmonic where he will take on a role in the Orchestra’s education programme. 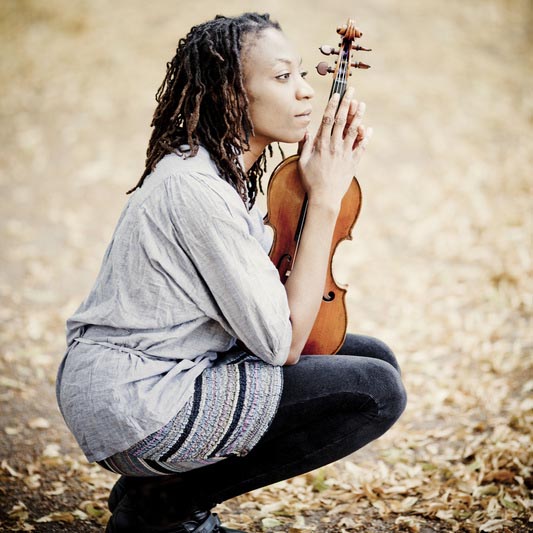 Appreciated for her elegance and effortless ability Murray creates a special bond with listeners through her personal phrasing and subtle sweetness. She has performed as guest soloist with leading ensembles such as the Indianapolis Symphony Orchestra, Royal Liverpool Symphony Orchestra and all of the BBC Symphony Orchestras. As a recitalist she has visited capitals like Berlin Chicago, Hamburg, London, Madrid, New York, Paris and Washington D.C., among others. 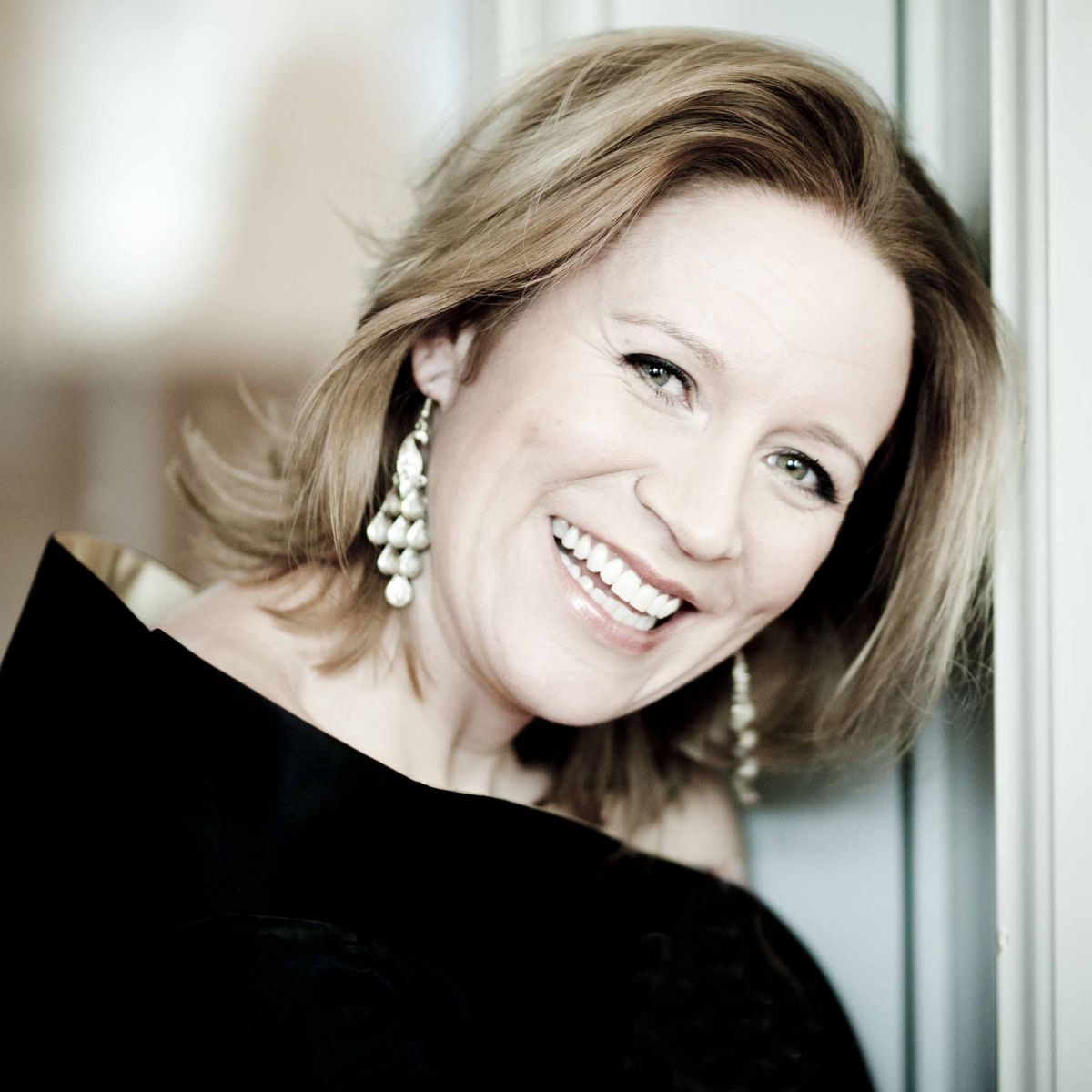 Equally at home on the concert and opera stages, Carolyn Sampson has enjoyed notable successes in the UK as well as throughout Europe and the US. On the opera stage her roles have included the title role in Semele and Pamina in The Magic Flute for English National Opera, various roles in Purcell’s The Fairy Queen for Glyndebourne Festival Opera (released on DVD) and Anne Truelove The Rake’s Progress and Mélisande Pelléas et Mélisande both Sir David McVicar productions for Scottish Opera.  Internationally she has appeared at Opéra de Paris, Opéra de Lille, Opéra de Montpellier and Opéra National du Rhin. She also sang the title role in Lully’s Psyché for the Boston Early Music Festival, which was released on CD and was subsequently nominated for a Grammy in 2008. 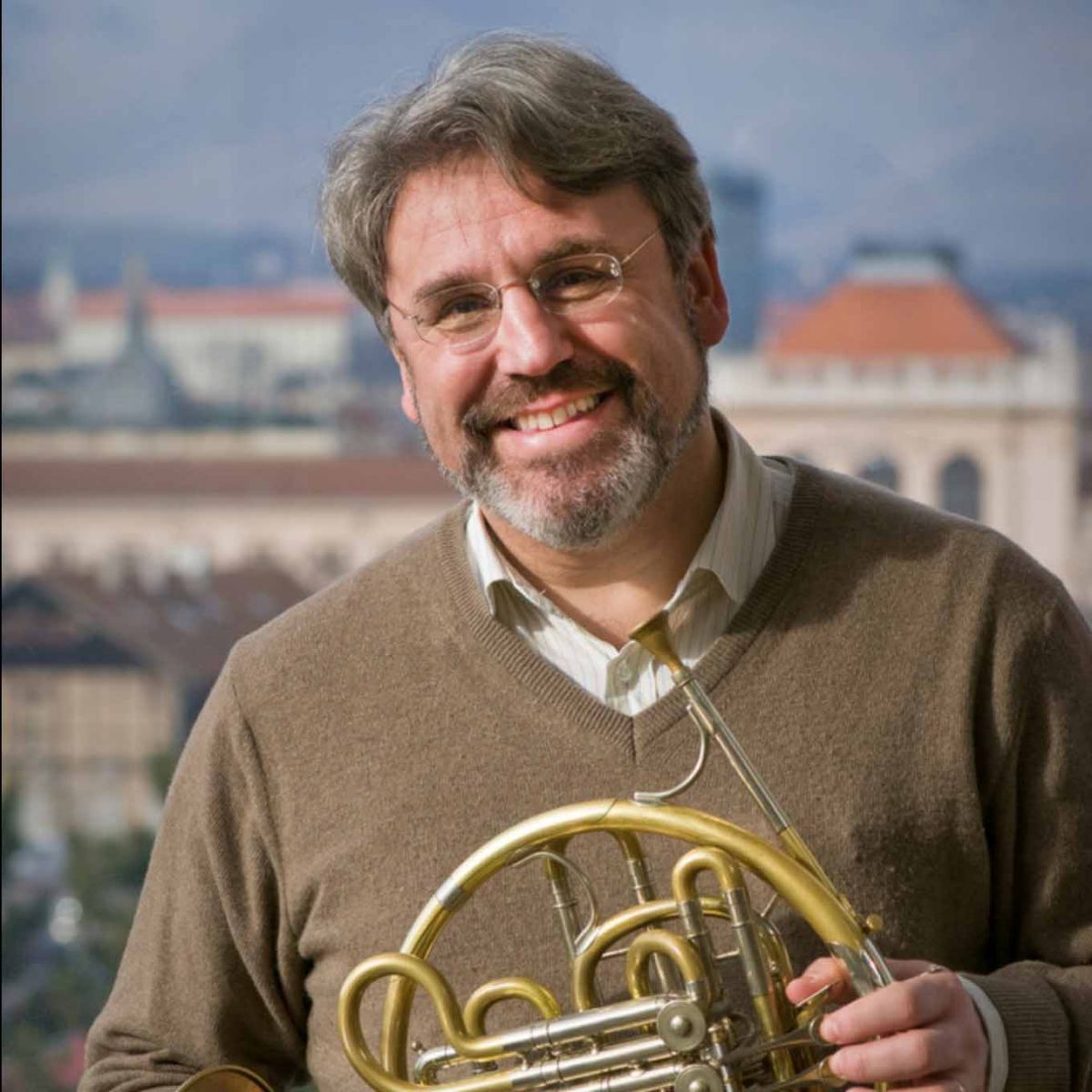 One of the leading instrumentalists of his generation, Radovan Vlatković has travelled the globe performing extensively as a soloist and popularising the horn as recording artist and teacher. Born in Zagreb in 1962 he completed his studies with Professor Prerad Detiček at the Zagreb Academy of Music and Professor Michael Höltzel at the Music Academy in Detmold, Germany. Radovan is the recipient of many first prizes in national and international competitions, including the Premio Ancona in 1979 and the ARD Competition in Munich in 1983 – the first to be awarded to a horn player for fourteen years. This led to numerous invitations to music festivals throughout Europe including Salzburg, Vienna, Edinburgh and Dubrovnik to name but a few, the Americas, Australia, Israel, Korea as well as regular appearances in Japan. In July 2014 he was awarded an Honorary Membership of the Royal Academy of Music (Hon RAM) in London, joining a group of only 300 distinguished musicians worldwide. 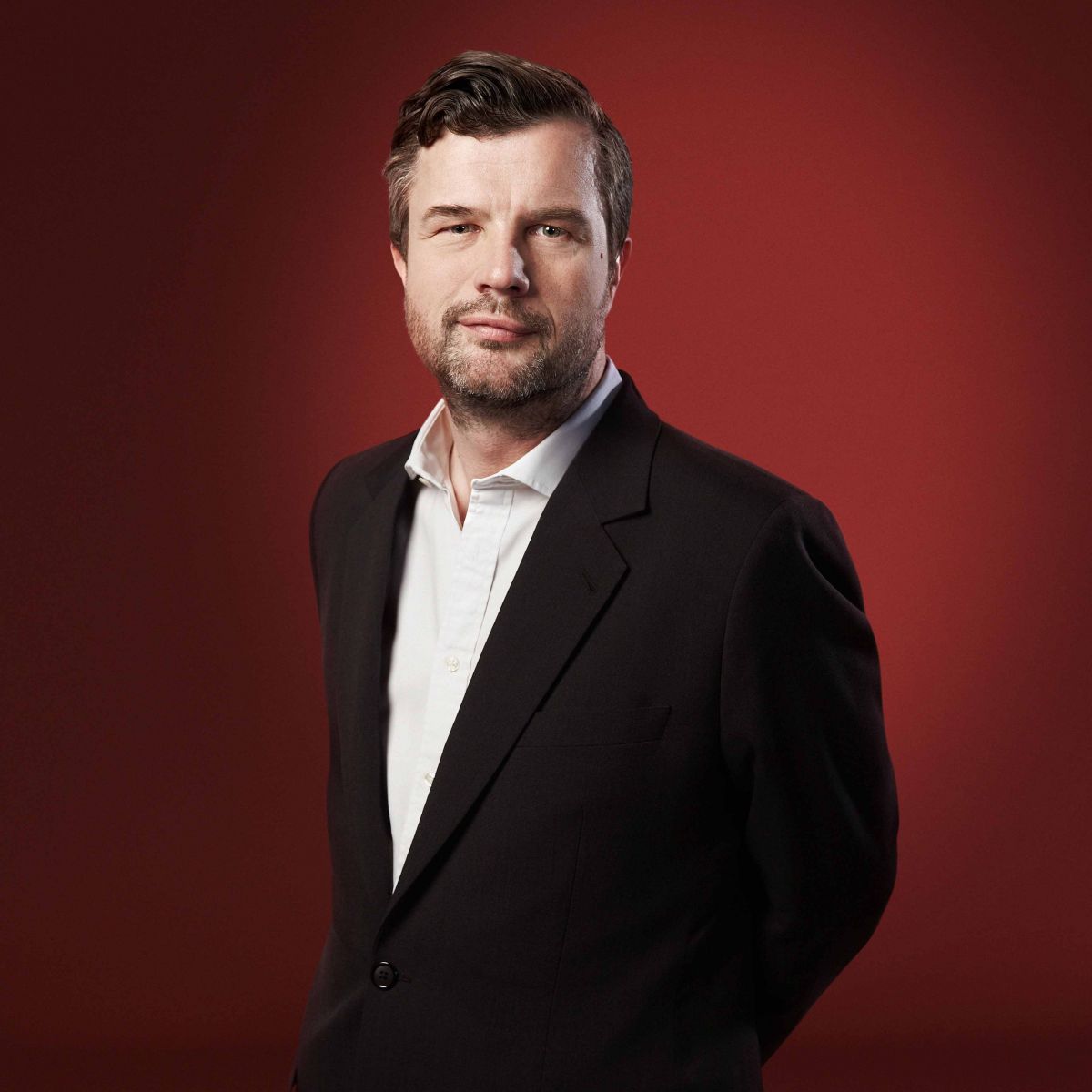 Petroc Trelawny will be the Festival Concert Host in 2020. He is one of the best-known voices on BBC Radio Three where he presents the daily Breakfast programme. This summer was his 20th consecutive season introducing BBC Proms on radio and television.  He presents the live BBC broadcast of the Vienna Philharmonic New Year’s Day Concert, and in June 2019 hosted BBC Television’s ‘Cardiff Singer of the World’ for the eleventh time.  Last year he presented the international telecast of Eurovision Young Musician to more than two dozen countries from Edinburgh and the Eurovision Choirs from Gothenburg. Petroc has introduced TV profiles of arts figures including Dame Fanny Waterman, Julian Bream and Yehudi Menuhin.  He has presented performances by the Royal Ballet shown in cinemas around the world, and last September anchored note-by-note coverage of the Leeds Piano Competition for Medici.tv.  In 2015 he hosted the first ever BBC Proms Australia, a week of concerts and recitals in Melbourne broadcast live on ABC Radio. 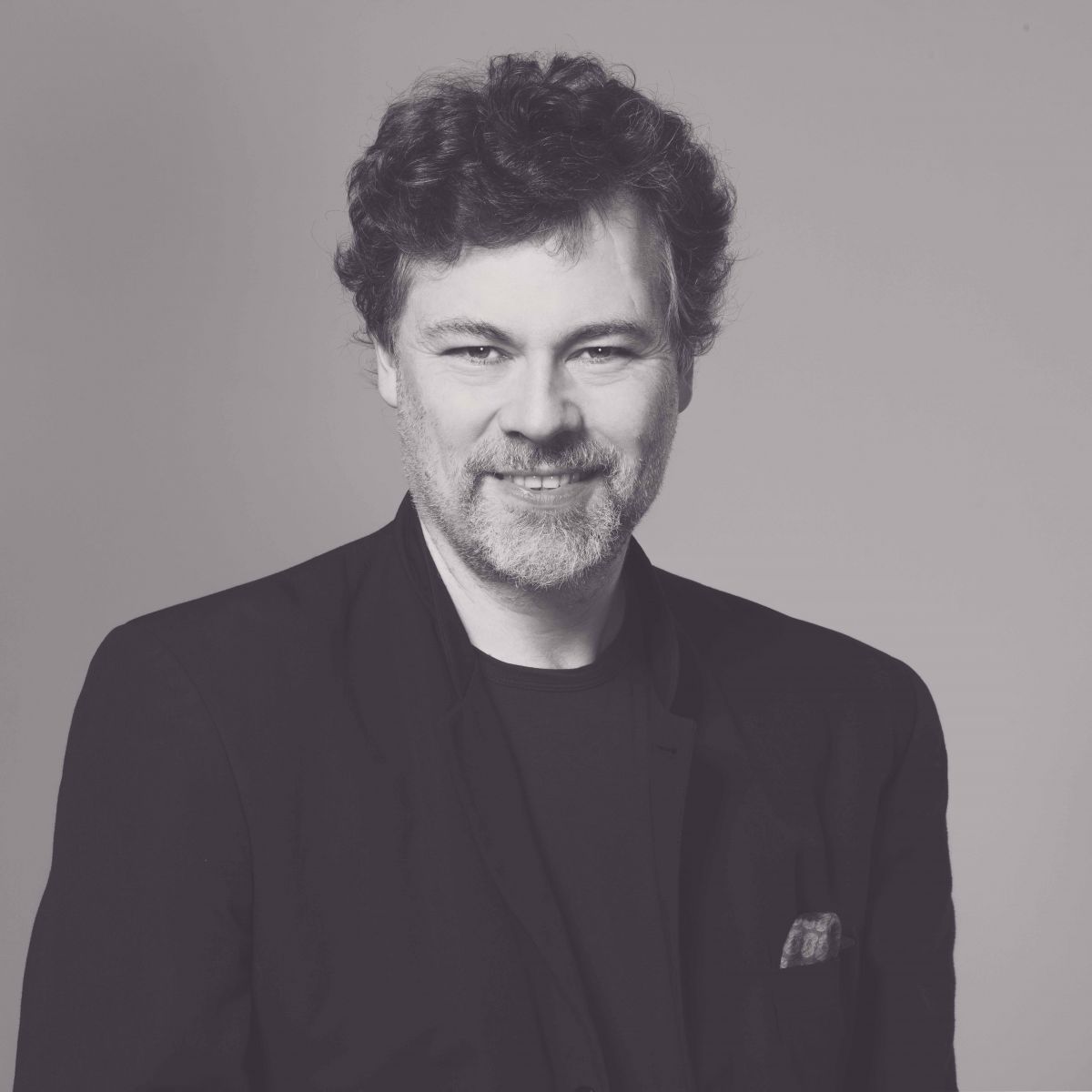 Pavel Fischer was born in Zlín in 1965. He heralds from a musical family background, his father, Eduard Fischer, was a well-known composer and conductor who also founded the ŠKO in Zilina.In the years between 1979-85 he completed his studies of the art of violin playing at the Prague Conservatoire, which he further continued at AMU (1985-89) under the guidance of Professor Nora Grumlíková. As a soloist he has performed with a long list of both Czech and international orchestras. During his time at the Prague Academy of Music he concentrated intensively on the study of chamber music and in the year 1988, together with the pianist Ivo Jančik, he became the outright winner of the international chamber music competition in Trapani, Italy. More recently, Pavel has become even more dedicated to his teaching activities - giving masterclasses both at the Royal college and the Royal Academy in London, the Concertebouw and the Quartet Academy in Amsterdam, at Chetham’s School of Music in Manchester and, in the year 2008, he became a violin tutor at the RNCM in Manchester and as of this year also at the Birmingham Conservatoire. 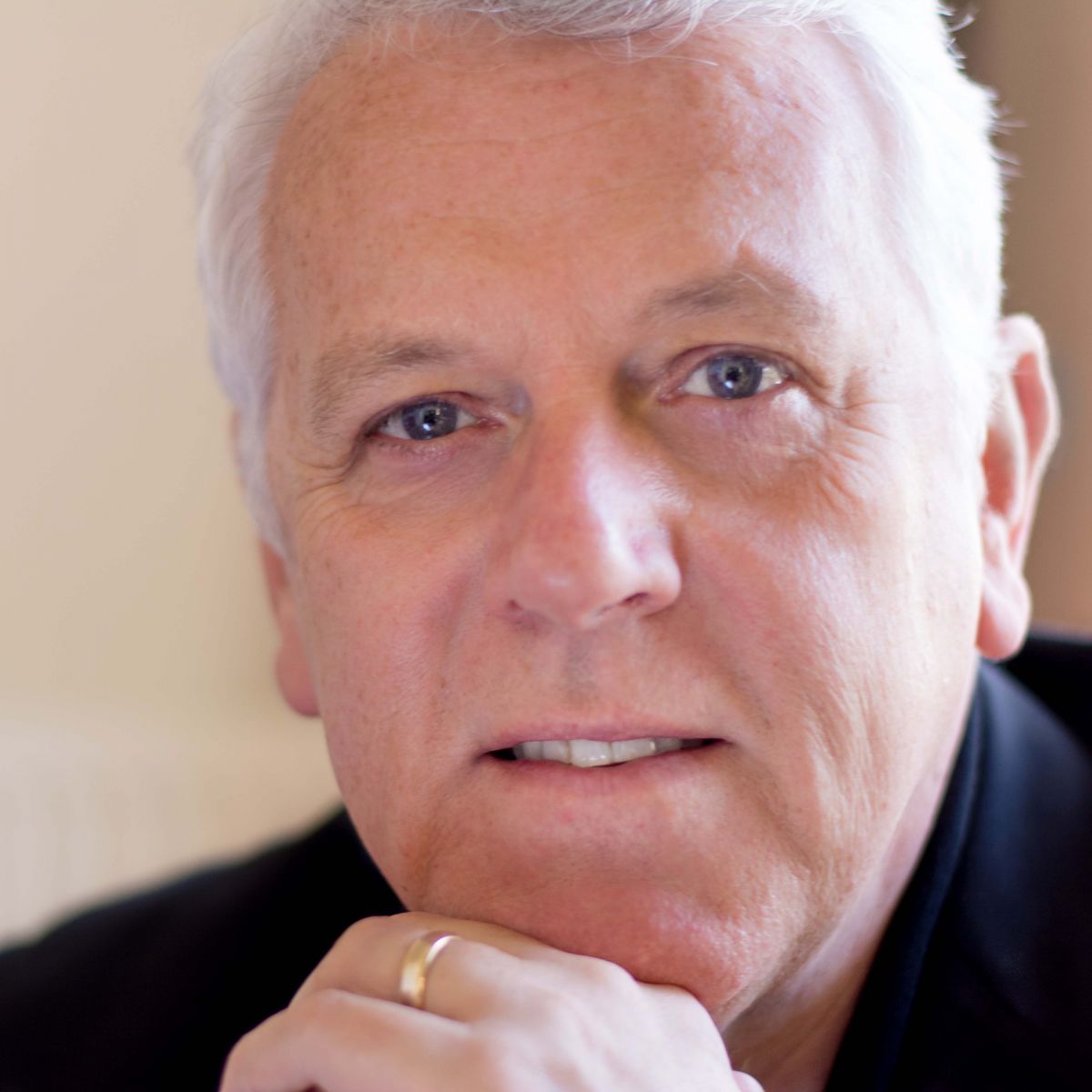 Peter Coleman-Wright is widely considered one of the most versatile singers in the world today, equally home in opera, concert and recital. His extensive and varied repertoire has taken him to many of the world’s greatest Opera Companies and Concert Halls. Peter has sung more than 60 roles including Figaro, Forester, Michele, Scarpia, Marcello, Sharpless, Don Giovanni, Count, Onegin, Dandini, Billy Budd, Macbeth,Gunther, Golaud, Germont, Chorebe, Wolfram, Beckmesser, Gunther, Donner, Pizzaro, and Sweeny Todd. His numerous awards include Helpman Awards for Sweeney Todd and The Traveller (Death in Venice), Green room awards for Billy Budd, Orestes, and Harry Joy (Bliss – Brett Dean). A champion of new and contemporary repertoire, Peter has created numerous roles most notably Harry Joy in Brett Dean’s Bliss and Caligula by Detlev Glanert. Peter holds an Honorary Doctorate from the University of Melbourne and was awarded the Performer of the Year in the recent Arts awards in Australia for Socrates by Brett Dean. Peter was made an Officer in the order of Australia in 2015. 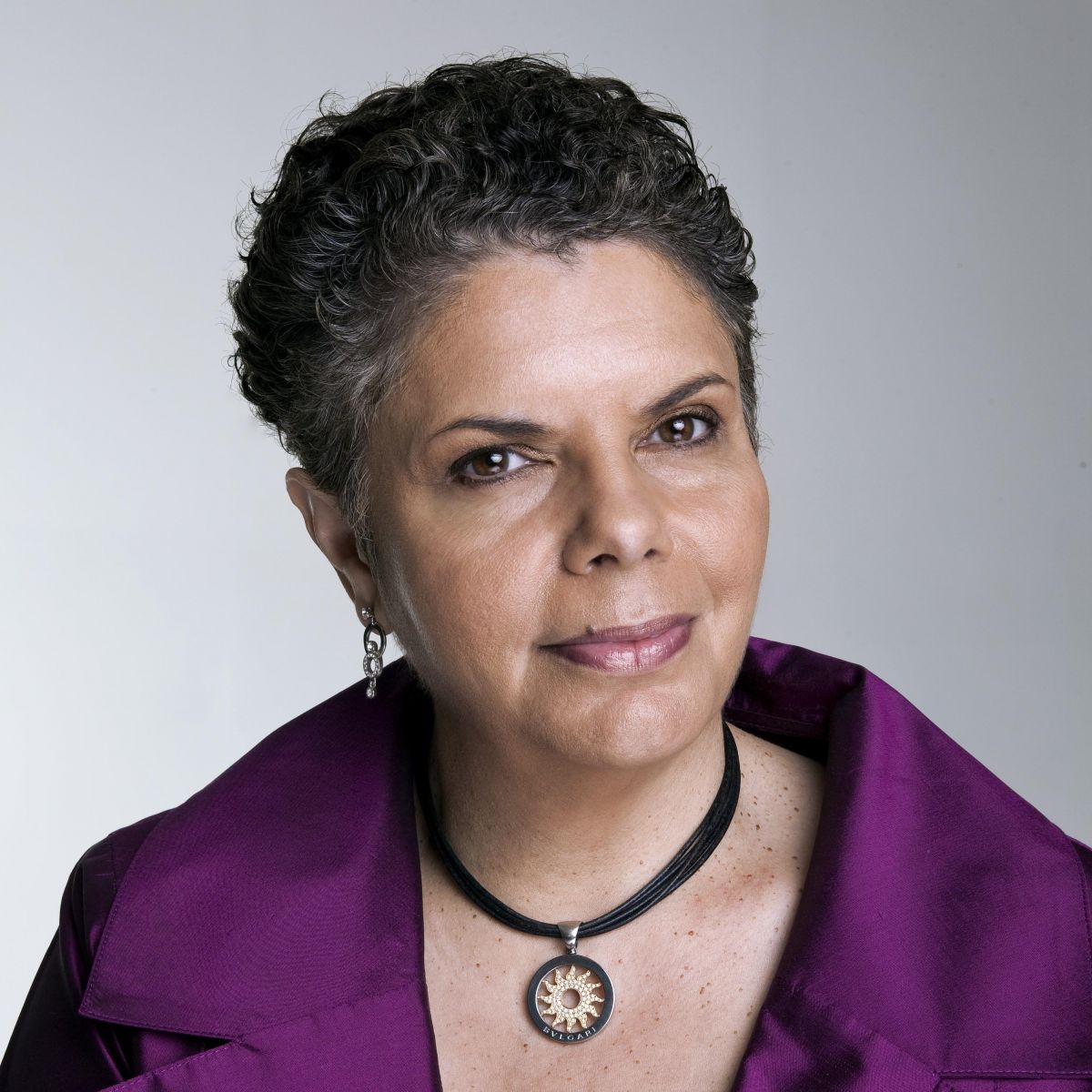 Deborah is a Yorta Yorta woman, soprano, composer and educator and has been a leader and pioneer in the Australian arts landscape for more than 25 years. In the 2014 Queen's Birthday Honours List, Cheetham was appointed as an Officer of the Order of Australia (AO), for "distinguished service to the performing arts as an opera singer, composer and artistic director, to the development of Indigenous artists, and innovation in performance". In 2009, Deborah Cheetham established Short Black Opera as a national not-for-profit opera company devoted to the development of Indigenous singers 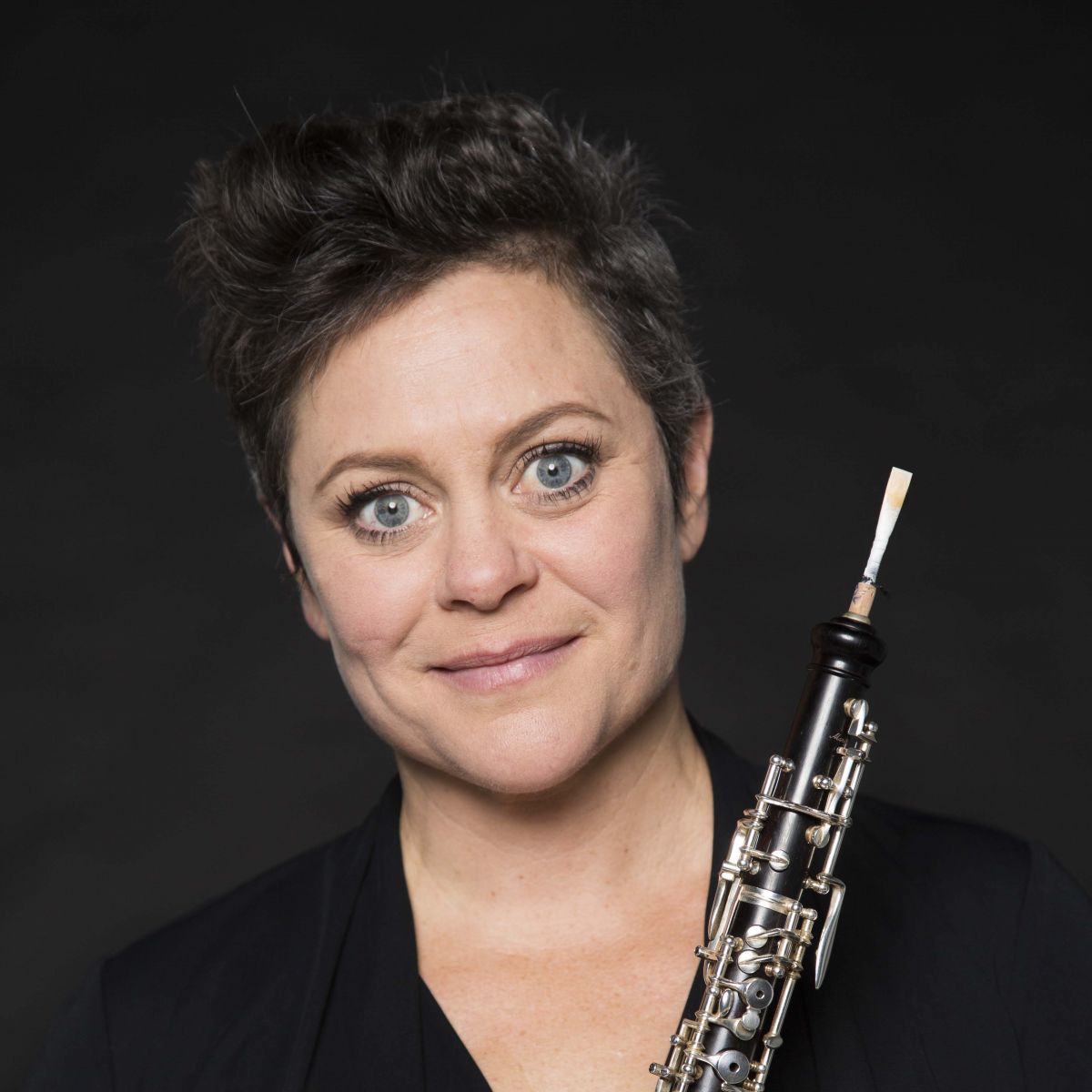 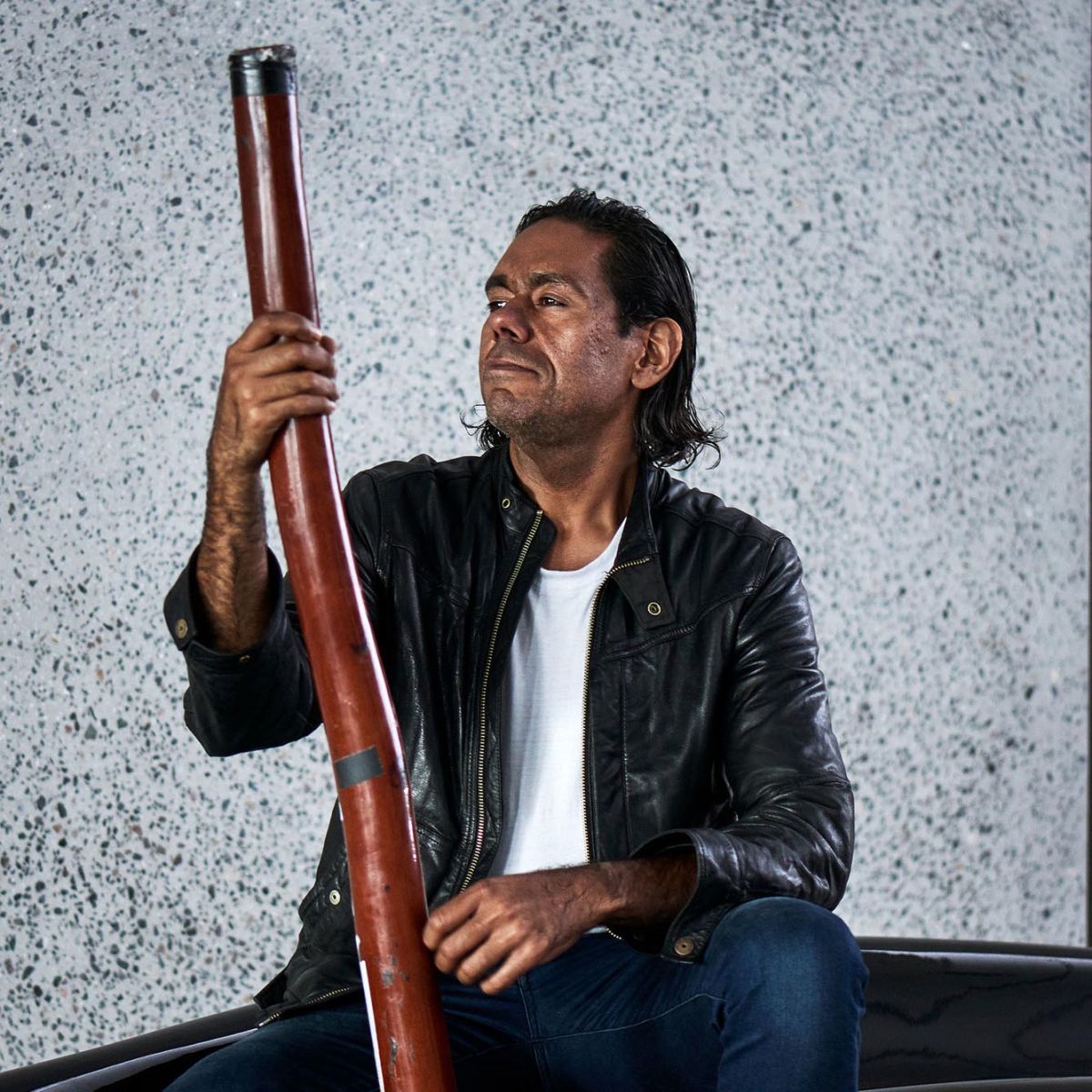 For two decades, William has forged a peerless profile as a performer and composer in the classical music world, from the Philharmonic Orchestras of London and Berlin to historical events at Westminster Abbey for Commonwealth Day 2019, Anzac Cove and the Beijing Olympics. His awards include Winner of Best Original Score for a Mainstage Production at the 2018 Sydney Theatre Awards and Winner of Best Classical Album with ARIA for Birdsong At Dusk in 2012. With his prodigious musicality and the quiet conviction of his Kalkadunga heritage he has vastly expanded the horizons of the didgeridoo. 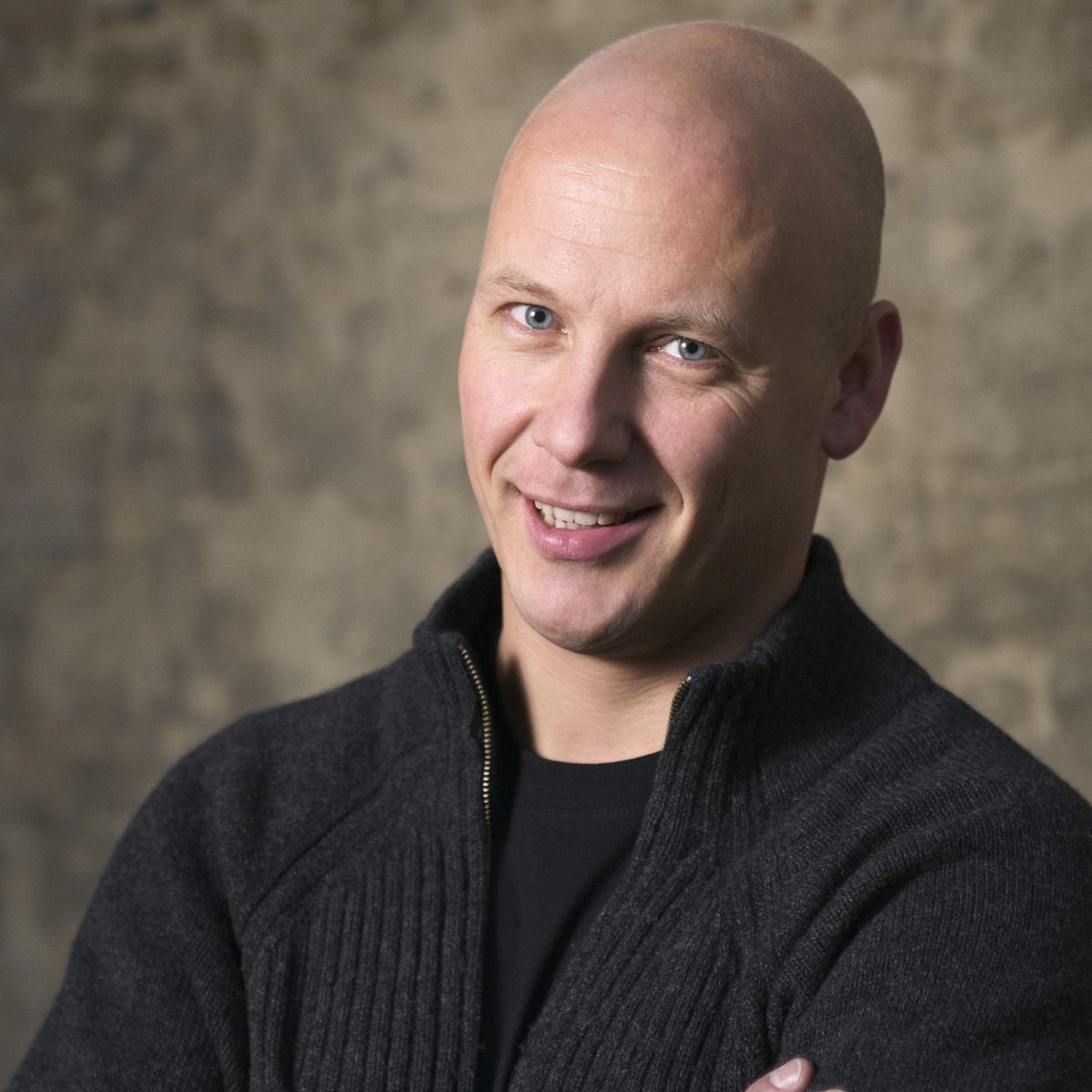 James is one of the world’s leading ambassadors of the classical accordion performing repertoire ranging from original contemporary works to Baroque transcriptions, Tango Nuevo and folk music. Recent highlights have included the Sally Beamish concerto at BBC Proms, and the premiere and recording of Brett Dean's new accordion concerto. He was appointed Artistic Director for Four Winds Bermagui in late 2016. 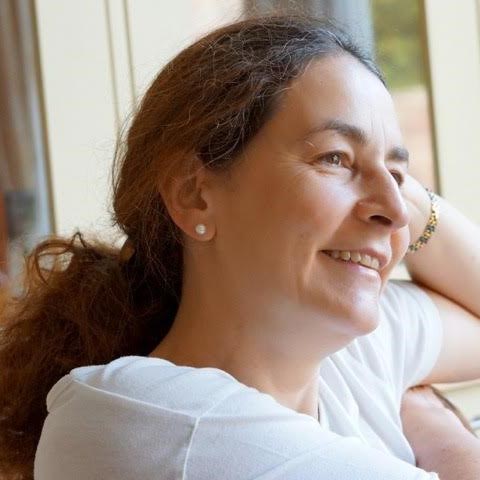 London-based author and critic Jessica Duchen specialises in words for, with and about music. She was classical music correspondent for The Independent for 12 years, and her output includes biographies of the composers Gabriel Fauré and Erich Korngold, six novels and several librettos, besides narrated concerts that she presents. 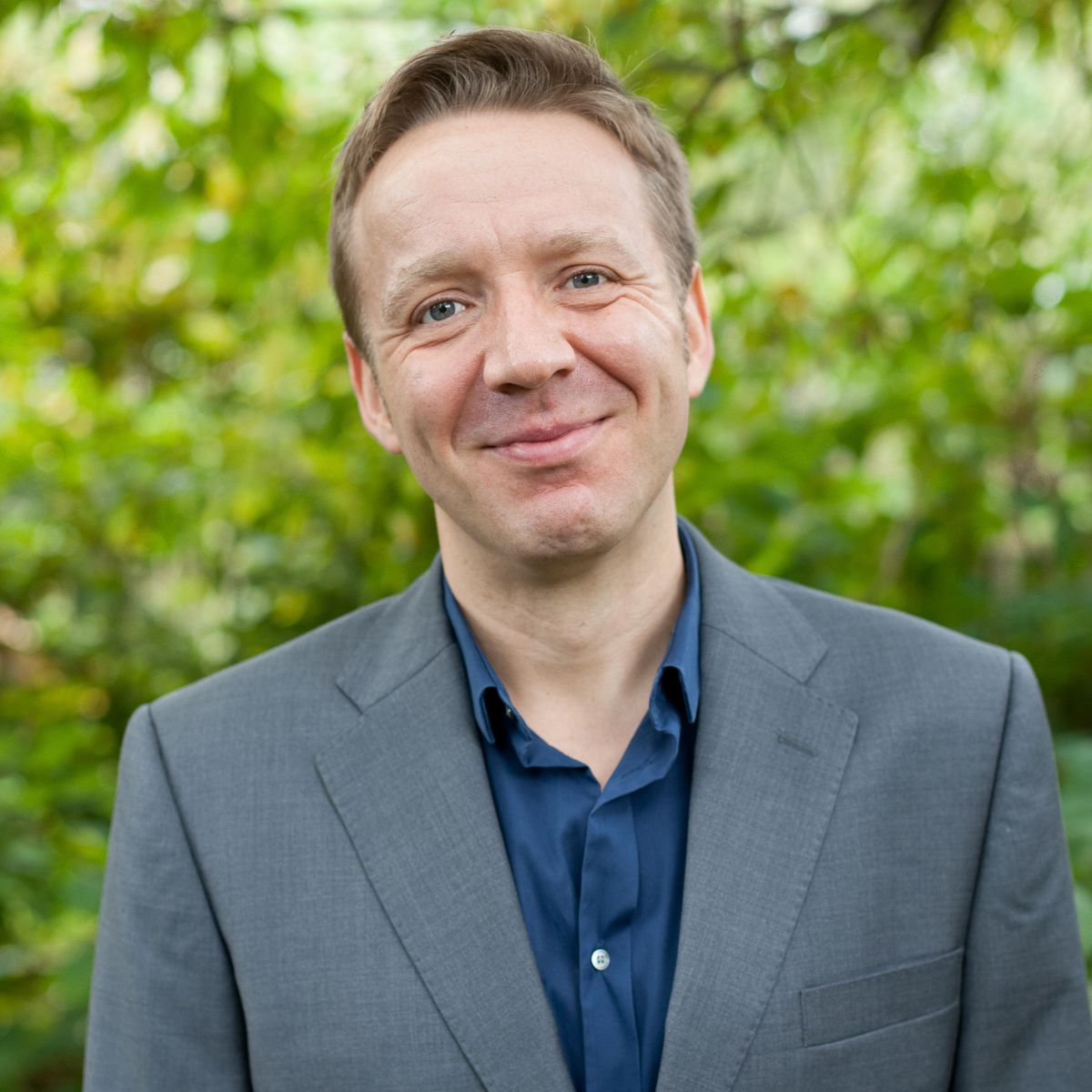 Described as ‘the Jamie Oliver of animateurs’, Paul's career includes writing music, talking about music and inspiring others to make and perform their own music. Winner of a British Composer’s Award, Paul is a passionate music educationist whose projects have been acclaimed by the Royal Philharmonic Society and Royal Television Society. His work increasingly brings him to Australia where he was recently appointed Creative Partner of the Adelaide Symphony Orchestra. 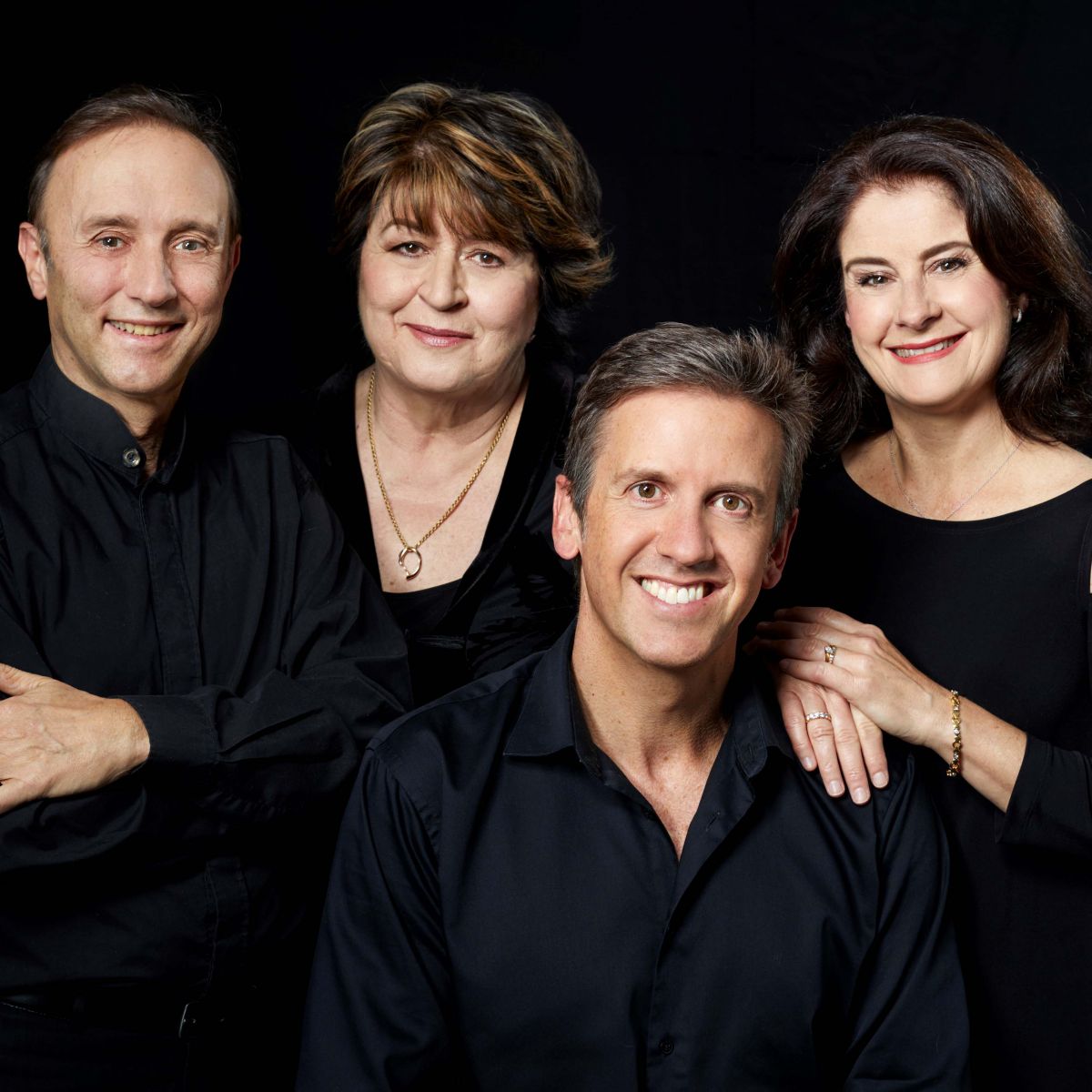 Founded in 1995, the Goldner String Quartet has performed throughout Australia, UK, Europe, USA, the Asia-Pacific and NZ. They have numerous internationally acclaimed CDs released on Tall Poppies, Naxos and ABC Classics including a DVD documentary, ‘The Quartets’, with Peter Sculthorpe and thirteen discs with pianist Piers Lane for the prestige UK label, Hyperion. Major projects have included a retrospective of 20th century String Quartets and the complete Beethoven Quartet cycle, which was recorded live and won the ABC Limelight Award for ‘Best Classical Recording’ in 2009. New works have been regularly commissioned for the Goldners from many of Australia’s leading composers. In 2019 the Goldners were artists at the Venice Biennale. In 2020 they will be featured in Musica Viva's International Concert Series to mark their 25th Anniversary around Australia. 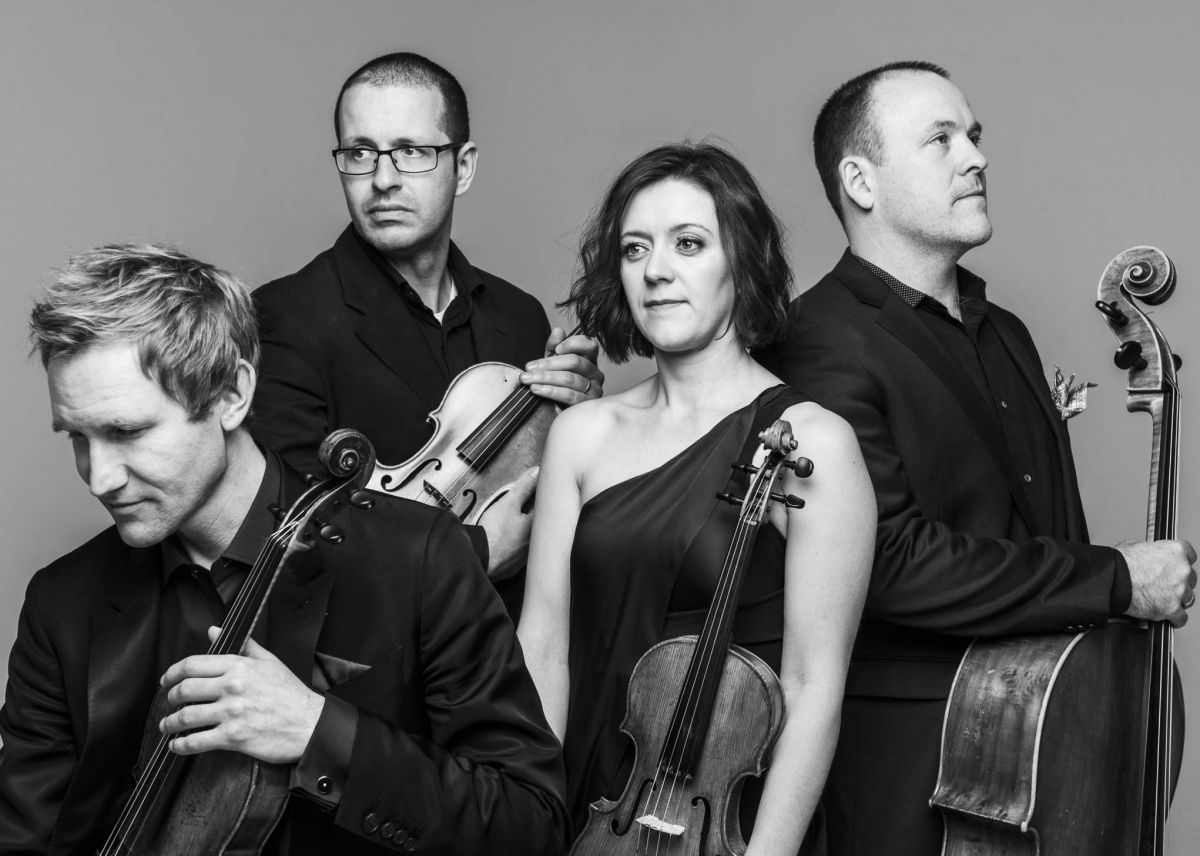 Internationally acclaimed for its 'addictive sound' and 'intuitive' music-making, Australia's Tinalley String Quartet has established itself as one of the finest string quartets of its generation. The Quartet has performed throughout Europe, America, Canada and Australia to critical acclaim.  Currently Quartet in Residence at The University of Queensland, Tinalley will release its third disc with DECCA Classics in 2020. 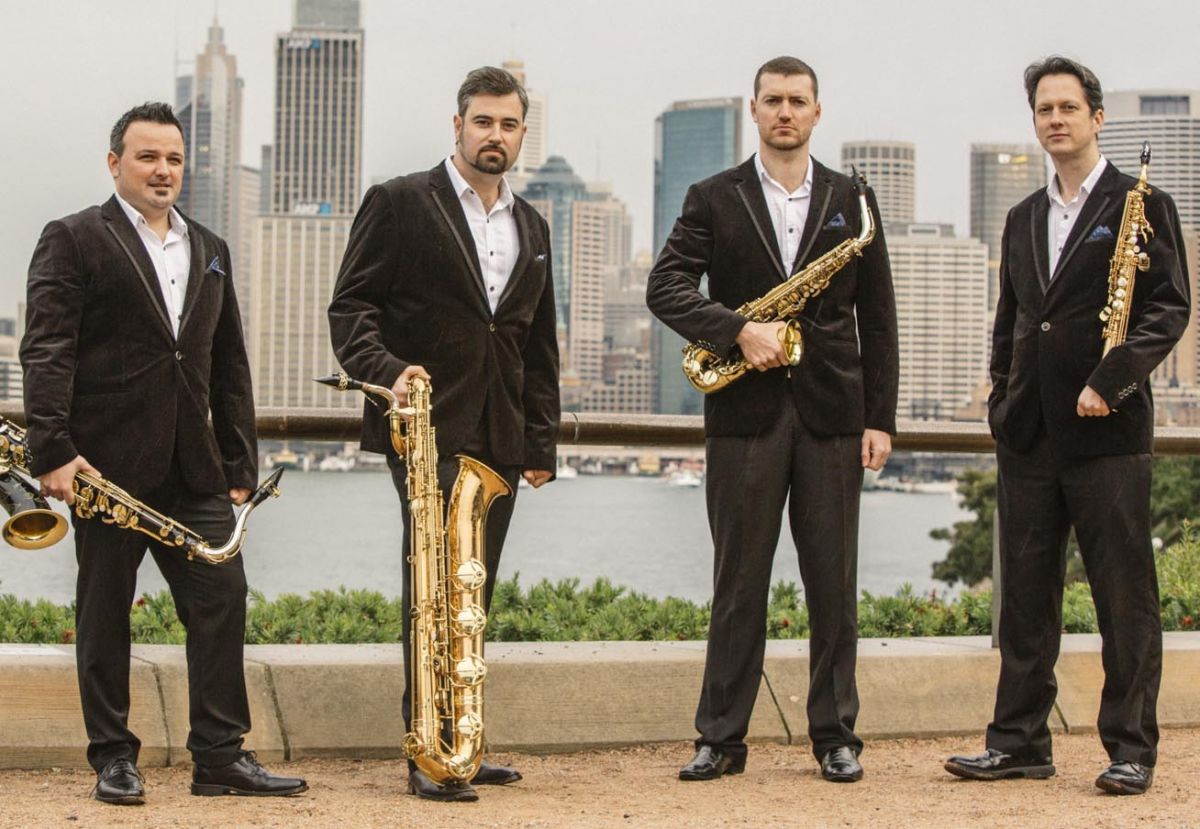 Formed in 2002 Nexas Quartet are focused on promoting the musical diversity of the saxophone. The quartet has performed at the Australian Festival of Chamber Music, Adelaide Cabaret Festival, Melbourne Recital Centre, Sydney Opera House, City Recital Hall (Sydney) and at World Saxophone Congresses (Scotland France and Croatia). At the forefront of chamber music, Nexas Quartet are leaders in promoting existing and creating new repertoire for saxophone quartet.